Sarah Pettitt is a British artist living and working in New York. Her research includes examining pre-modern artistic modalities and the notion of the absent body. Tentatively exploring form, colour and pain Pettitt layers fragments from everyday life with historical and material research.
Pettitt studied MFA Painting at the Slade School of Fine Art, (2011-13) and subsequently developed the research project The Tyranny of Surface at University College London, (2015-16). She has been resident artist at the Vermont Studio Centre and participated in PRAKSIS OSLO’s residency Out Looking Inwards, (2019), a practical investigation into the concerns of contemporary painting. Her most recent solo show was Out to Sea, curated by Jason Andrew, (Norte Maar, 2019). 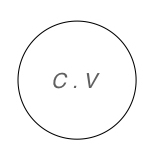 'Sarah Pettitt's work takes us to a place of subtle permanence. A place that escapes definitions of sculpture or painting, performance or installation. A place so personal we experience an emotive quality through her often found and mended works.' — Jason Andrew, Founding Director, Norte Maar

'Through her work Sarah Pettitt demonstrates her innate ability to listen to materials; this sagacity could be described as empathy. The logic is towards Freud, the palette towards the flesh but her touch is onomatopoeic. Her works take us to the dead relics of the saints and transport us back to the stuff of our own violations and hesitations with a thud of hurt and beauty. It’s not the visceral entrails of our philosophy, but the awkward and unwieldy situations when we dared to reach out; here they are excavated, resuscitated, exposed. Pettitt’s work thus becomes the wincing, flinching gesture re-imagined, the viscera of felt experience as if caught at birth, raw, leaking, unnamed, unmodified and universal.'
— Sheenagh Geoghegan

I'm looking at the web site now. I'm very very into the painted red dashed stick, measuring stick, like the ones that measure the variation of depth in rivers.
Makes me think your of your cellar flooding, something there, gone or expected... somewhere between flooding and where the work is floated up to. You could do a whole show of those and just those. It's also fun in relation to the lipstick/matchstick and blooded spike, sort of works with that idea of how far something is dipped or spiked into something, like depth measured by how wet or muddy a stick gets. I like this depth thing, very into this depth thing and tentative, simplified/ child/like testing. It makes me think of a moomin book that I cant remember the name of but where the dad goes out to do his various tests each morning, measuring how far the tide has come up etc. Simple and child-like with a threat also, a body trying to comprehend outside forces. I'm on my third cup of coffee.
I also like the continuation of the wired sticks, the white with the black stone is very nice, plus the new one with the Judas bag.

I’ve recently got to know the work of Sarah Pettitt; it’s quirky, humorous and visually playful. Seeming nods to antiquity are many, yet this wide range of references seems more material or visual than a code leading us to meaning. Any message stirs from Sarah’s playful materiality, the space it occupies, and our fundamental response to it.
Sarah manages to warp fabric, wood, sand, paint and variety of other materials into a sensitively considered arrangement of globs, drawings, cutouts, wrappings, and numerous other forms. The natural colours of her chosen materials, such as linen or clay, are gently complimented by earths and pastels, or accentuated against dashes of stark colour. It is in the tension created by this delicate balance between bold forms, the softness of her materiality, and her acutely attuned aesthetic awareness that Sarah’s work has the power to intrigue and captivate.

'That's exactly how my back feels when I
wake up in the morning.' — G. Rosemary

Mark my words;  a mark made may hold all manner of consequences.

Amidst the forms invested with a bodily weight it was the tongues that were the most jarring, for words would not come easy. Protruding from the walls and slumped on spare surfaces, these lolling lumps dared the wordsmith to speak and yet he was dumbstruck.  Lopsided, they mouthed of a pre-lingual time - capable only of an incomprehensible babble. One would have to be forgiven for wanting to taste the surface of such a thing – for the desire to reciprocate their visceral nature was strong. With his neck craned towards the object and his tongue outstretched, he wondered if perhaps Sarah Pettitt had foreseen the strange urges that would unexpectedly overcome him. He was truly glad to hear from others that they felt the same and that they too wanted to lick the work – if he had been the only one he could never have divulged that fact. Faced with these totems and fetishes, a bodily response was all that could be mustered. Born from the studio but more closely tied to the cave, the primordial essence of the painterly eclipsed the need for language. Ultimately the tongue would always have the last word.